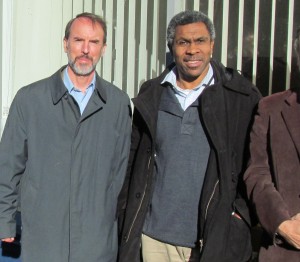 The Kolbe Center for the Study of Creation are very active these days as they prepare for their UK origins science seminars. From 28th February to Saturday 1st March 2014, Hugh Owen & Greg Clovis will be in Scotland. They will give a talk on Special Creation in Edinburgh, in St. Andrew’s College. This takes place on the Saturday, and will be a great boon to the students there. The next day (Sunday), sees both men back in London for scheduled UK origins science conference there. This is at the invitation of an active religious Br. It is not too late to organize an event in your local area, and Daylight Origins will gladly plug it for you.

Where else will the Kolbe Center for the Study of Creation be?

Two extra & exciting venues have been sourced for the Kolbe Center UK origins science tour. They are Walsingham on Saturday 8th of March and Leeds on Tuesday 11th of March. It is possible in the space of 3 to 4 weeks to organize a private audience with a priest which has happened in Ireland last November during the Kolbe Center Irish tour. Daylight well understand that every connection pieces together an important jigsaw. Even the smallest efforts might be all it takes to open up new doors on the Special Creation evangelizing front.

Other events that are worth mentioning

Congrats to Niall on the successful short notice organization of the Michael Voris seminar in Cork. Over 100 people attended the Cork event which was down to rapid word of mouth marketing. Daylight Origins hope to achieve the same for an origins science Ireland tour this November 2014. Another event worth keeping an eye open on is the UK Witnesses for Christ outreach during March 2014. This is an exciting street evangelizing mission. We pray that this initiative spawns similar outreaches across the UK and Ireland.