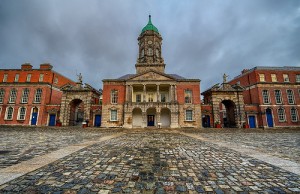 Today witnessed a great event in Irish pro life history as a full house attended the Irish national convention for life. It was so packed, that there was standing room only for those who could not get admittance on time. 600 people were anticipated to attend this event, but the attendance on the day reached up to 900 people. This made for a lively national convention for life with some quality speakers to rally the troops on. One particular speaker really stood out, and that was Jill Stanek; A bible believing protestant who took God at His Word.

What is so unique about Jill Stanek?

A testimony about Jill’s experience at Christ Hospital in Illinois really took a lot of people by surprise. Jill Stanek believed for sometime that Christ Hospital was a great place for a nurse to work. She had no idea that abortions were being carried out there. It was only after doing a late night labour delivery shift, when reality hit. Christ Hospital was involved in 3rd trimester abortions. The method used was induced labour, with fully formed babies being born and then left to die without food or water. Not a nice thing for Jill to suddenly find out.

How did Jill respond?

Everyone at the National Convention for life really tuned in to this testimony. Jill sought spiritual direction from her pastor, and then brought the situation to light with the hospital management. She felt so convicted to speak out. Jill was nonetheless ignored, so she went public. She continued to work in the hospital under strained relationships with colleagues. All Jill could do was to offer some dignified comfort to dying babies in Christ hospital. It was very hard for Jill Stanek to be in this situation. But she felt strongly that God wanted her to be the voice of these innocent children. Eventually, Jill lost her job and is now a prominent public speaker for the pro life movement.

Speaking out against the principalities of darkness

Jill Stanek spoke out against abortion, and has thus confronted evil. She is a soldier for Christ, gaining much from her courageous stance. Perhaps we could learn from this, and stand up to the falsehoods of evolution. Many innocent souls are lead to the slaughter through the lies of evolution. Yet many of us are afraid to take a stand. We don’t want to be labeled anti science, or church heretic. It is far easier to take a more prudent approach while enjoying the company of luke warm Catholics and agnostics.

Speaking out against theistic evolution

Hugh Owen of the Kolbe Center has spoken out against theistic evolution. Hugh has had to pay the price for confronting evil, but the Lord too has kept him intact. It is through Hugh’s efforts that many luke warm Catholics regain their faith. They realize that their catholicity is on firm ground. Hugh Owen is fighting the good fight, and like Jill Stanek, he too is a good soldier for Christ. Let the National Convention for Life invite Hugh Owen to speak the truth next year on evolution and the culture of death.