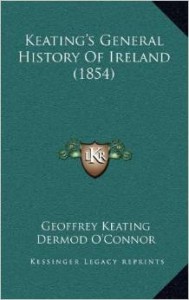 What difference does it make what you believe regarding creation, so long as Jesus is central to your thinking? Well that is a point that is sometimes leveled at Catholics who question the wisdom of theistic evolution and the certainty of the theory of evolution. On the surface, you could say that there are no differences in what you believe if you believe that Jesus died for our sins. Some people have no problem with their faith in God and their belief in evolution. To them , evolution explains the how of creation, while the Bible explains the why of creation.

So why the fuss about theistic evolution then?


How evolution effects our thinking

The theory of evolution is more than a hypothesis in today’s culture. It is a philosophy that many people live by. But if the theory is not a fact, then this changes everything. If Special Creation is the more worthy alternative, then a lot of speculative history will be challenged. Theistic evolution would be pulverized, and abandoned history books might resurface in our book stores. One such book is Keating’s General History of Ireland. This old history book is largely ignored. It does not fit into the evolutionary philosophy pervading today’s culture. Yet this book would set the heart of the Irish on fire. So now you see one significant aspect in how evolution affects our thinking, at least in terms of it’s philosophy…